skip to main | skip to sidebar

History HAS BEEN Made

I know I have pretty much abandoned my blog, but just in case anyone ever stops by hoping to see new content, I couldn't have a ridiculous Sixers post up while the Flyers just finished off the most ballsy, gutsy comeback in Philly Pro Sports History.

While I could go on for days about how momentous the comeback was and what it meant for long time, long suffering Flyers phans like yours truly, I won't. I'll let this poignant video clip and 7 words do the talking. 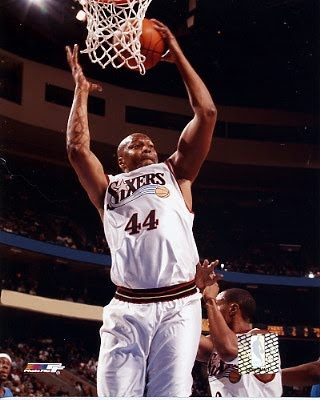 I just realized something today while lamenting to my buddy Mike my failure to blog. I am the Derrick Coleman of blogging. In fact, I thought I'd seek out a scouting report from a rival blogger as to how I'm viewed in the blogosphere:

The Philly Sports Phan is pretty talented, but there are several red flags that come up when projecting his skills into the future. One, he rarely shows up to play anymore. Two, he tends to show up to camp out of shape every year. Three, he totally lacks discipline which is evidenced by his ever increasing waste line and ever decreasing number of posts. All that being said, he has shown that he can be a highly productive blogger if motivated. He reminds me a lot of the Derrick Colemans and Shawn Andrews of the world.

It's pretty sad, but I've really lived up to this scouting report. On the bright side, Derrick Coleman and Shawn Andrews were rewarded for being dogs. Maybe I can work my procrastination to my advantage! I need an agent!
Posted by Philly Phan at 10:57 PM 11 comments: 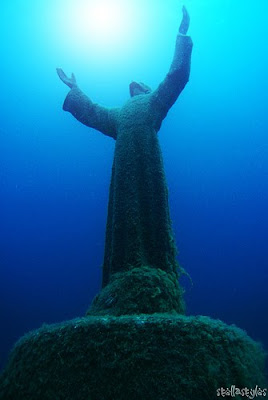 Right now folks, we are in the middle of the dog days of the Philadelphia Sports scene. The Birds finished yet another disappointing season and the Phils are still a couple weeks from the beginning of Spring Training. That leaves the Flyers and Sixers to keep us going for a while until the NFL draft and the beginning of the Phils' season, but it doesn't appear that our winter sports teams are going to hold up their end of the bargain.

The Flyers are maddeningly inconsistent. They've alternatively looked great, brutal (which led to the coach getting canned) and downright average during various points of the season. I'd love to say they will at least make the playoffs, but with the 6th and 13th currently seeded teams in the East only three points apart, who knows where they finish. Their top players haven't been their top players most of the year and have appeared uninterested for parts of the season, which has made them pretty much unlikeable to me.

The Sixers.....wait, do they still play pro hoops in Philly? I truly don't care about the NBA anymore and the Sixers aren't helping things. I could be offered free courtside tickets to see the Sixers, along with open bar and buffet at the Cadillac Bar and I'd turn it down flat. The sport has lost me and I don't think they're getting me back. I think the MLS' new Philly team has more of a chance of winning me over at this point. I suppose it would be a gigantic understatement to say the Sixers have lost my interest.

So, what's a Philly Sports Phan to do to keep himself occupied and interested in blogging until the Phils get back? I can only talk about the Eagles' and whether they should dump McNabb for Kevin Kolb for so long. Guys, I'm struggling finding things that are really getting the juices flowing. I was hoping the Flyers would have us reeled in this year, but I don't think they have the horses to do it. As for the Sixers, short of trading for LeBron or losing every game so they get a shot at John Wall in the lottery, I'm not intersted.

By the way, I'm really not impressed by the hiring of Howie Roseman as the Eagles' new GM. I really wanted to see a guy with a fresh pair of eyes added to the front office. Now, we'll just have more of the same in the way the Eagles handle personnel decisions. Plus, Roseman has no playing experience at all. Jeez, had I known that my JD and lack of pro football playing experience made me a candidate for the GM job, I would have sent a resume. Call me crazy, but I'd like my GM to at least know how to get into a three point stance. I am not getting the warm and fuzzies over this move.
Posted by Philly Phan at 11:37 PM 26 comments:

If You Need A Laugh

Of course, this has nothing to do with Philly Sports, but I got a big laugh out of this as I'm pretty sure I'd have a very similar reaction to this guy to a play like Favre's game killing INT.

By the way, this guy bears a resemblance to a guy that posts on this board. I'll with hold his screen name to protect the innocent.
Posted by Philly Phan at 11:42 PM 1 comment: 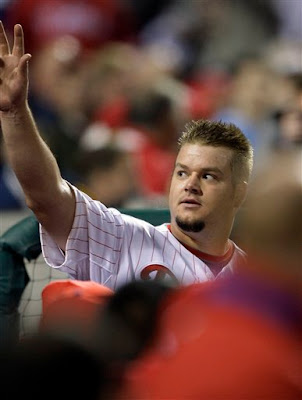 Joe "Heavy B" Blanton really laid one on the Phils today. In a move that seemed to be pretty out of touch with reality, Heavy B demanded $10.25M as part of the arbitration.

Before we get too far ahead of ourselves, I have to get it out on the record that I love Heavy B. He shows up, takes the ball every 5th day, never complains and normally turns in a decent effort. He has also been a key factor in the last two post seasons. Last year, Joe was paid $5.48M. After compiling a 12-8 record and 4.05 ERA in '09, does anyone think he is due a raise of nearly double his salary?

In my mind, there is no friggin' way he deserves to be paid over $10M. The Phils offered $7.5M as their arbitration offer which I think is fair. It might be a tad low, but it is certainly more realistic than $10.25M.

All that being said, it's not my money so why should I really care what Heavy B gets in arbitration? Good luck, Heavy B. Just be prepared to be disappointed.
Posted by Philly Phan at 11:30 PM 1 comment:

Should We Really Be All That Excited? 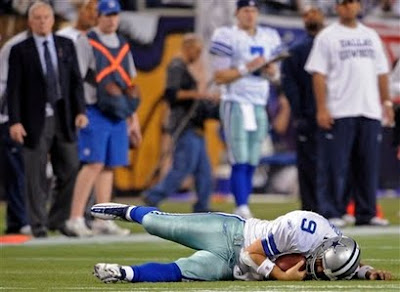 Like the rest of you, I wanted to see Dallas go down today, but I don't think I'm as happy as the rest of you with the way they went down. The 'Boys were pretty much never in the game. They lurked for quite a while, but they never threatened. Since we pretty much didn't challenge Dallas in two straight weeks, what does that say about the Birds? I think it says A LOT. One could argue that if we are 20 points worse than the Boys, we are probably 30 points worse than the Vikes.

The Eagles are very far away from being an elite team. Sure, Favre and Sidney Rice had great games, but the clear difference between the two teams was in their defensive front 7 play. The Vikes had men playing in their front seven and the Birds fielded a defense filled with a bunch of undersized D linemen and line backers.

The Vikes won that game because Jared Allen, Ray Edwards and the Williams Boys toyed with a Dallas offensive line that barely needed to break a sweat to overpower the Birds' D Line. Rarely did the Vikes need to blitz to get pressure on Romo or stop the 'Boys run game. What a contrast to the Birds' defensive efforts all year. Throughout '09, the Eagles couldn't sniff the QB unless they brought 5 or more rushers to the QB. I don't want to belabor the point, but the Eagles' will continue to have problems on the defensive side of the ball until they start bringing in big time defensive linemen and linebackers.

As for other points from this weekend of playoff football:

-Shonn Greene of the Jets is a beast. It's nice to see a local boy do good and I hope he keeps it up next week.

-Nate Kaeding...The best thing I can say for you is to thank god you don't play for us. If you did, you would probably find your house burned down when you got home from the game.

-Jared Allen's hair is brutal...he can play, but he looks ridiculous with that mullet.

-By the way, the defensive end on the other side of Allen, Ray Edwards, is a free agent. He had three sacks today.

-Drew Brees is on another level than most QB's in the NFL. I love how efficiently he operates. I'm rooting for the Saints from here on out.

-I can't stand the Colts (despite the fact that they start two RU guys on defense) and it sure looks like they are going back to the Bowl. Manning and Co. seem to do just enough to win.

-By the way, the biggest laugh I got out of the weekend was from my mother in law when she declared "I just don't like the long hair coming out from these guy's helmets. These dreadlocks are just a bad look." You know what, Carol? I agree. It's a bad look. Cut the hair short, fellas. It looks much better.
Posted by Philly Phan at 11:13 PM No comments:

The More Things Change, The More They Stay The Same 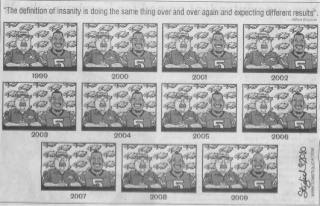 Sent from my Verizon Wireless BlackBerry
Posted by Philly Phan at 10:27 AM No comments:

How will the Birds do in their rematch with the ' Boys?